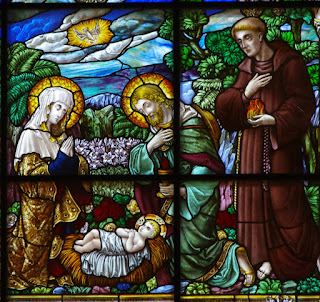 The Instead Christmas by Elizabeth Stone

And in that same region there were shepherds keeping watch over their flock by night.  And an angel of the Lord appeared to them, and the glory of the Lord shone around them, and they were filled with fear.  And the angel said to them, ‘Fear not, for behold, I bring you good news of great joy that will be for all people.  For unto you is born this day in the city of David, a Savior Who is Christ the Lord. And this will be a sign for you: you will find a baby wrapped in swaddling cloths and lying in a manger.” And suddenly there was with the angel, a multitude of the heavenly host praising God and saying,

“Glory to God in the highest and on earth peace among those with whom He is pleased!”

You can’t change the past.  Isn’t that true?  We think about all the stupid things we’ve said and done, disastrous choices we’ve made, or people we have hurt with out sinful actions and words (most of all we wound the heart of God), and we’d like a do-over.  Most of us would like a do-over of the last few months, when the fear of a tiny invisible virus has held us captive in our homes, and away from our work, our schools, our church families. Most recently a cycling accident on wet pavement has sidelined my holiday plans; with a fractured wrist I can tell you I'd LOVE  a do-over. Truth be told, the stitches in my lip and knee make me look fierce, but for the next 6-8 weeks I will be typing with my left hand. I won't be cooking or traveling or wrapping gifts, but I will have, along with all of you, an "instead" Christmas.

The good news of the Gospel of Christ is that although we can’t change the past, Jesus can. Jesus Christ came into this world, born of a woman, and entered into the hotbed of 1st century religion and politics that were anything but friendly.  He grew up in it, was baptized in the middle of it, ministered in it, preached and taught in it, showed signs and wonders in it, and eventually was arrested, tortured, beaten, and killed for it.  And on the third day after, Jesus Christ rose from the dead.  That is an eternal truth we never want changed.

But in Advent and at Christmas we remember the Savior’s humble beginnings, that He was born into a poor blue-collar working family and because of the government regulations, His parents had to travel and be registered in the census right when He was due.  So instead of being born in His family’s hometown, born in a house and a comfortable bed, instead of being surrounded by grandparents and aunts and uncles and cousins welcoming Him and celebrating His birth, baby Jesus was born in a barn far from home.  He was born in an animal stable, and instead of a crib, He was laid in a manger, padded with hay that animals eat.  And the people who came to welcome Him?  Strangers.  Shepherds.  Instead of family.  It’s was God’s great do-over.  Jesus Christ came to change the past, to remake the world, to redeem all of humankind, and to undo the sin and brokenness of the fall and everything that comes with it: pain and punishment and disease and death and hell.  Instead of all that, we get: grace!

This year is the big year of: instead.  Instead of holiday gatherings, we may be alone in our homes.  Instead of worshipping together we may be isolated and preparing another remote communion, praying and singing on Facebook.  Instead of sharing gifts, we may be mailing them, or cutting them out altogether.  Concerts, games, and celebrations will be cancelled or on zoom instead of in person.  But remember God’s great gift of instead.  Instead of sin, we have a Savior.  Instead of judgment, we have forgiveness.  Instead of death, we have eternal life. So celebrate our great big wonderful instead, that came to us through Jesus Christ at Christmas. That Good News never changes! Blessed Christmas to you all!

Posted by wvlivingstone at 9:18 AM