Of Church Camp and Christian Parenting 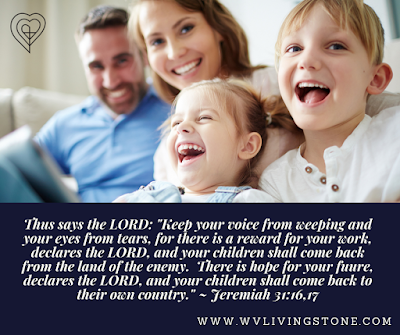 Excerpt from Valley of the Shadow by Elizabeth and Erin Stone, © 2014.

Christian parents often think that engendering faith in their children is a natural.  For those of us who came to Christ independent of our families, we think that our kids will get it and will always cling to it, just because they have the benefit of being raised by Christian parents.  But the truth is that every child has to come to Christ on his or her own.  Every person has to make that commitment, not as an extension of what they have been taught and seen in their parents, but independently.  I prayed for all of my children.  From the moment I knew they existed I prayed that always they would know the love of God.  I prayed for them to know how we loved them, and that they would see the Kingdom of God lived out in the microcosm of our family life.  But I also prayed that God would make Himself real to each of them, that all of them would make the decision to follow Christ and accept salvation through Him.  But for our kids, the most significant factor in finding faith was church camp. . .

Our church camp is what you would call “rustic.”  We slept in cabins with electric lights, the bathroom was several hundred yards down the path.  It was on a man-made lake in Ohio, and we swam in the lake.  Folks who have passed through that camp all have a great love of it, and most try to spend time there every year.  What made it special was the genuine faith of the people there, the sacrificial servanthood of the staff and volunteers, the ultimate authority of the Bible in the organization and teaching, and the mission of sharing the Gospel with as many kids as possible.  Going to camp is like stepping into a faith community from the book of Acts, if just for a week.  The whole camp is like an impromptu church, organized around the teaching of the apostles.  The small groups and cabin groups are like house churches, having devotions, learning and working together.  Everyone comes together for a common meal, and then goes off for their various activities, only to come together at the open-air chapel by the lake for vespers every evening.  Kids come from all kinds of families, and they get to participate in a Christian community in miniature, and experience God’s love in that context.   As parents, I think Greg and I did everything we could to catechize our children, to bring them up in the fear and admonition of the Lord.  But every one of our kids, without exception, says that the place where Jesus Christ became real to them was at church camp. . .

One by one, my children took their turns going off to camp.  They started when they were five and they still try to go every year. And one by one, each made his or her commitment to Christ, maybe at the outdoor chapel, maybe at the prayer rock, maybe at the campfire, or in the gazebo.  And to our great joy and eternal blessing, every one of them from Josh on down, turned around and served as a counselor.  Patrick and Rebekah also hired on as staff, John-Mark has now followed in his father’s footsteps and taught high school camp, and Erin directed junior camp.  Camp’s great benefit is that we received more than we ever contributed.  Our kids not only learned faith in a dynamic Christian community, but they fellowshipped with people from other church traditions. Our camp would often have a missionary staff person from another country: Russia or Kenya or Latin America.  The lasting impact on camp and on our kids has been so much for the good, because as they interacted with people from different Christian backgrounds and different cultures, they saw that the grace of Christ is the same throughout the Church and throughout the world.  Whatever our outward skin color or culture or rituals, there was always a common denominator of faith, a marker that was recognizable in any person who belonged to Christ.  And instead of being a barrier to Christian community, everyone learned to appreciate the gifts and the diversity without losing the focus on Christ.  In a few weeks of intensive fellowship every summer a foundation of grace was built in the hearts of these kids, and a kindred spirit among them that expressed itself across the miles and months of the school year with letters and phone calls and impromptu gatherings, as well as lifelong friendships.  This foundation became an anchor – one of the many God provided – to tether us to hope during the difficult times ahead.

Posted by wvlivingstone at 12:21 PM